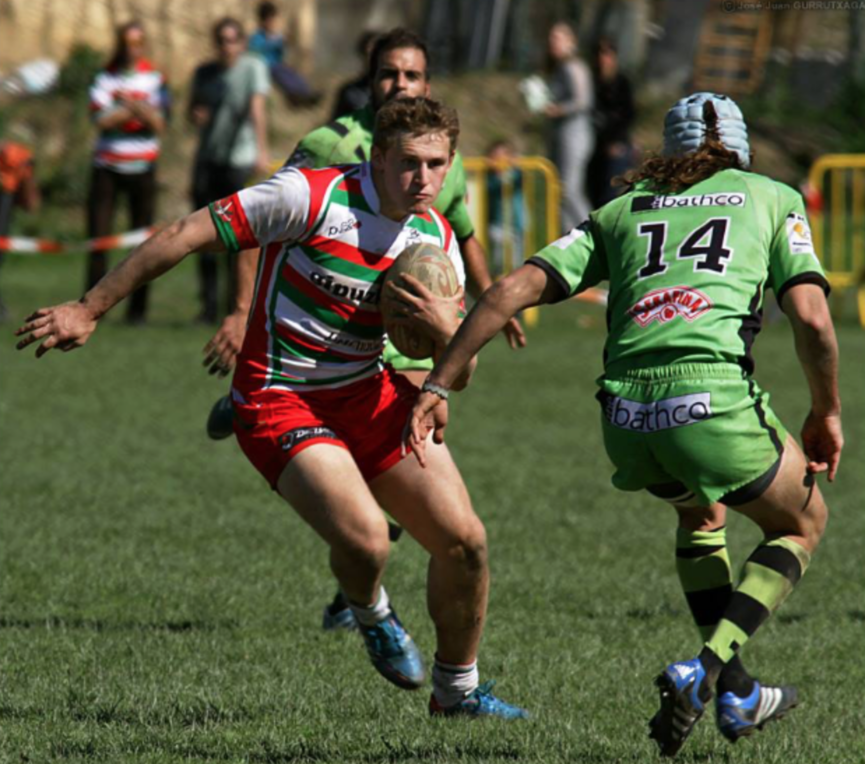 Our very own Tony Jones gives an exhilarating account of his experience working with MSG Tours in the Basque Country thus far.

I first touched down in the glorious Basque Country in late September 2013. It was my Erasmus year at University, and for the following 10 months, I would be teaching English at a Secondary School in a small town just outside San Sebastian called Hernani. Little did I know, at the time, I’ll be working with MSG Tours in the Basque Country.

I would be playing with Hernani CRE, a local team, which had been promoted to the top flight in Spanish rugby, “Divisíon de honor A”. I had been in contact with Joxe Elosegi, the technical director of Hernani CRE, and on the same day as my arrival, I was on the playing field.

Having played two years of competitive rugby for Swansea University and Waunarlwydd RFC on a Wednesday and Saturday respectively, I was naively surprised by the quality of rugby which the Spanish Basques played. It was quick, dynamic, and fearless. What they didn’t have in height they made up for in big hits – something I was reminded of in my first training session!

Following a couple of weeks of “acclimatization”, I was named as inside centre for Hernani´s first home game against Gernika Taldea, a local Basque side from near Bilbao. So how did I come to work for MSG Tours in the Basque Country? Well, there’s a lot more to the story.

You are not a real club if you don’t have that one fan who everybody knows, rooting for their team, in their spot in the stand, sipping on their beverage of choice. Hernani was no different. Patxi’s image will be imprinted in my memory forever. His plump disposition, red face, beret, cigar in one hand, beer in the other, proudly sporting the Hernani ‘tricolores’ shirt is a beautiful sight to see. His short commute from the comfort of his seat at the club bar to find his spot in the stand where he would start up the local songs and chants during the match…. Oh, the memories!

And it was by no means a quiet and contained affair. Who knew such noise could be generated by 1500 “Hernaniarras” and a strong travelling contingent at the traditional “Landare Toki” ground.

The buzz, the passion, the concentration, and the dedication

From the infamous “1,2,3 SQUEEZE!” in the changing rooms. to the tunnel of fans accompanying the players on the field of play, match days were special. After the match, we headed to a local cider house for a spectacular ‘Tercer Tiempo’ – literally ‘third half’. It was clear to me that the Basques ‘got’ rugby, both on and off the field.

With a menu of ‘All you can drink’ rustic Basque cider and kilos of Txuleton (Basque Steak), what is not to like? My first experience of arguably the most iconic part of the region’s culture was sensational. The triple of having won the derby, having debuted and having scored my first try made for an interesting initiation, which consisted of me quickly learning a Basque song and performing it to both teams, in my underwear.

This jovial post-game function was my first real taste of the Basque rugby culture in all its glory: both teams coming together and sharing some good banter, some great food and drink and some horrible singing, all in true rugby fashion.

Sport has a tremendous capacity of bringing people together

I don’t know if it was the fact that the town lived and breathed rugby or that I completely bought into the club and its principles, but I felt and continue to feel that Hernani has the best balance of sport and social I have experienced in any club I have played for back in the UK. The kindness and positive ethos the club has generated throughout its 52-year history is shown by the commitment of its teams. From 5 years old you can pick up a rugby ball which is a credit to the hard work that continues to go on at the club.

So here I am after four years in this delightful corner of the globe now bringing teams from schools and clubs around the world to sample its charms. I derive enormous pleasure personally in witnessing new friendships arise and initiating those who are unaware that the rugby does not simply stop at the border, but proudly sits alongside football, hockey, basketball, handball plus many more sports in the rich tapestry of activities that are readily accessible to our foreign visitors in the undisputably well equipped Basque Country.

Visit our rugby tours to France page to view touring options for your club or school.