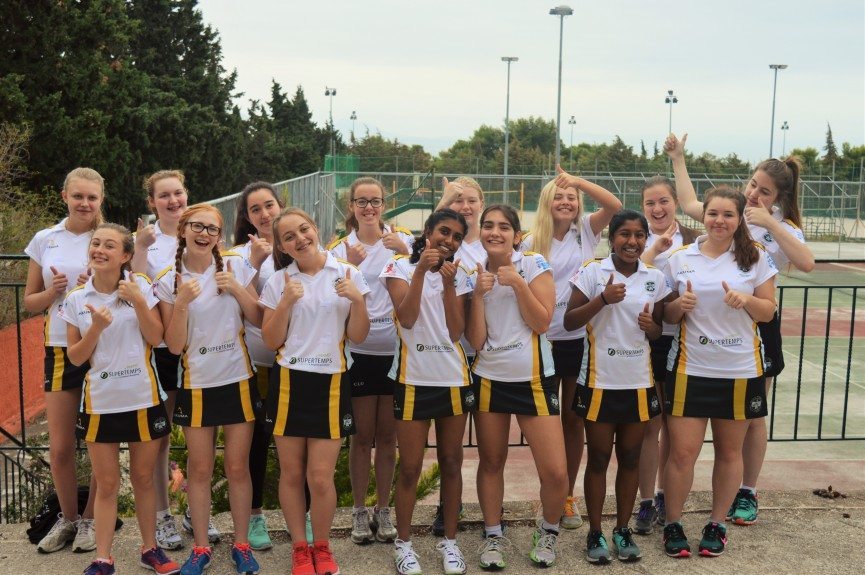 Please Miss, can we go on a school netball tour?

It’s certainly a common request, according to our teacher network. School netball tours are a great way of capping off the end of a productive season. Whether as a reward for all the hard work invested by players and staff, or an opportunity to develop new skills and grow together as a team, it’s a fantastic way for your girls to enjoy the sport in some of the most exciting destinations all over the world.

So, if you feel the girls’ PE department is in need of something new and refreshing, let us guide you on a few snippets of advice on where’s hot and where’s not in the world of school netball tours.

First off, despite netball growing in participation numbers, there are only a select few countries to visit on a European tour. The shortlist reads Gibraltar, Malta, Cyprus, Switzerland, and Greece, of which they form two categories:

Option 1 ‘established and sunny’:  Malta, Cyprus, and Gibraltar from £745 per person

Option 2 ‘developing and enthusiastic’:  Greece and Switzerland from £630 per person

So, let’s start off with what’s important to you.

In a nutshell, countries in Option 1 provide competitive matches determined by age group on marked courts.  Games are typically well matched although a strong touring team will often bring an advantage of around 10-15 points per match.  If you want an on-court test in a sunny spot in Europe these are your bankers:

Greece, on a pound for pound basis, provides as much sunshine as you can expect and very enthusiastic opposition.  What they do not possess in terms of netball longevity is countered by excellent hand-eye coordination, spatial awareness and tactical nous garnered from years of handball, volleyball, and basketball skill work. Read about Rydal Penrhos School’s 2016 netball tour to Greece.

“Having been on several tours in the past, this was by far the least stressful, and really opened up the girls’ minds to what a sports tour is about and how it is more than just playing netball.”

Switzerland is catching headlines for all the right reasons and gearing themselves for what we hope will be an influx of tourists in 2019.  Whilst performing well at an adult level we are hoping that the continued age-group development in the lower ages allows us to confidently present Zurich as a viable city-break option from October 2018 onwards.

When can we travel?

The short answer is that all of the above destinations are available between September and May (occasionally early June).  We are not able to guarantee games during the summer months in Europe outside of the season.

Where can we travel on summer netball tours?

Mid-haul and long-haul regions open up between June and September.  Here’s a quick snapshot via typical package prices:

Can you help guide us?

Of course, that’s what we’re here for.  Tell us exactly what’s important to you, your operating budget and strength of play and we will tailor a trip to your exact needs.  Call us on 03333 111122 or email unexpected@msgtours.com to arrange a telephone consultation at a time suitable for you.

Alternatively, get in touch here and let’s start planning your next netball tour