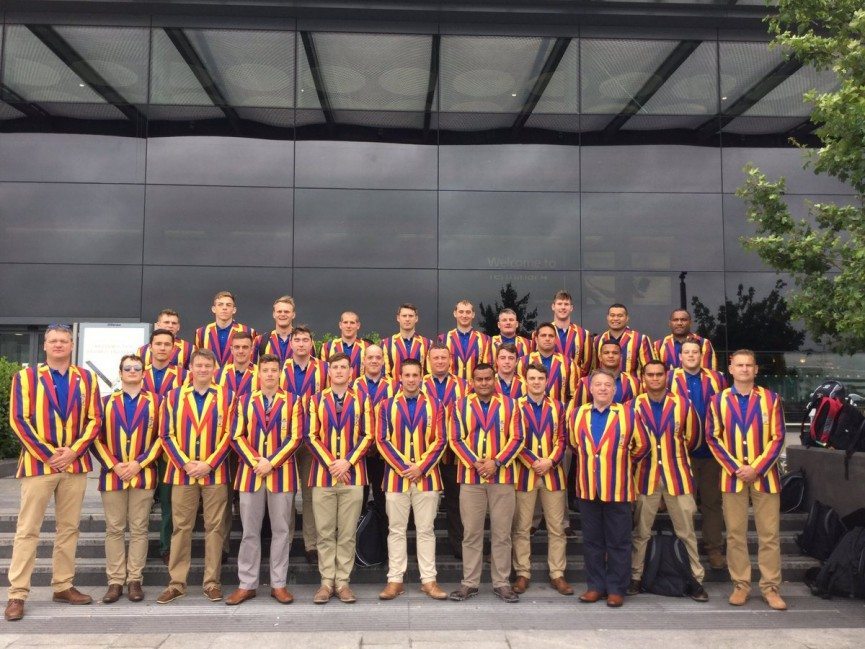 On Sunday 10th July the British Army’s Royal Electrical and Mechanical Engineers (REME) rugby team departed from Heathrow and set off on their 12-day rugby tour of Australia and Malaysia to play four games against both military and civilian teams.

On the first day of tour, after visits to the Melbourne Cricket Ground and the Rod Laver Arena, the team pulled over for a quick change of kit in the Pit Lane of the Australian Grand Prix in Albert Park before their first match against Power House RFC. It was a tough 80 minutes of rugby with the REME team walking away with a 31-10 win against the local Melbourne side.

After some sightseeing and free time to enjoy lunch by the St Kilda beach, REME Rugby set off for Canberra where they visited the Australian War Memorial and spotted a few kangaroos whilst there. Following this, preparations began for the second fixture of the tour against the ACT Vets, the result of which was a brilliant 55-5 victory to the tourists.

On the final stop on the Australian leg of the tour the REME team landed in Sydney – the oldest and largest city in Australia – where they spent the evening exploring all that Sydney has to offer. The following day the team travelled to the Blue Mountains and visited Scenic World which gave them the chance to visit the rainforest on three separate attractions. Following this REME Rugby played their third fixture, this time against the Blue Mountains RFC. At the end of a great 80 minutes of rugby the boys remained undefeated after an impressive 60-14 win. Following the match, when asked about how the tour was going, Stephen Blanks, group leader, said it was a “great result and a first class performance. We have some real quality beginning to show at the younger end of the team.”

With a few free days in Sydney to enjoy, the team took the opportunity to visit the Sydney Opera House and Darwin Harbour before attending the Sydney Roosters vs Cronulla Sharks match in round 19 of the National Rugby League. It proved to be a great choice as the final score finished Roosters 20 – 32 Sharks.

REME Rugby hopped on a plane from Sydney to Malaysia where they were to play their final match. It looked as though the weather was going to be against them when just before the match the heavens opened and it was thought the game may not happen, but luckily, the rain subsided and the game went ahead, albeit a shorter match that usual. The REME Rugby team beat Cobra RFC 27-0 in what proved to be a brilliant final match of the tour. Before heading home, whilst in the capital of Malaysia (Kuala Lumpur) the team visited Kuala Lumpur Civil Cemetery, resting place of 156 Commonwealth servicemen from the 1939 to 1945 war to pay their respects.

We would like to thank all hosting teams for their hospitality and if reading about the REME Rugby tour has inspired you to organise one of your own then get in touch to discuss your rugby tour needs.