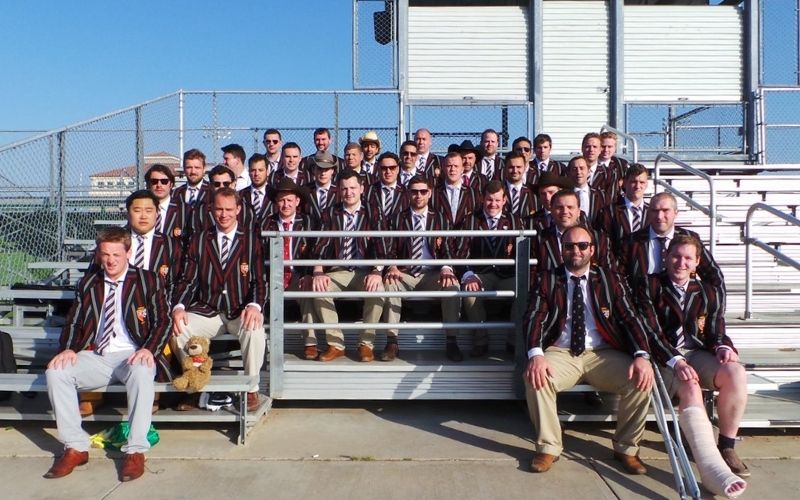 Old Pauline FC will be the third rugby team combining their playing trip to South Africa with the Lions Tour in 2021.

A Northern Irish rugby club, a Welsh College and an English rugby club all go on a Lions Tour to South Africa with MSG. Sounds like the start of a joke, but this is absolutely true!

Joining Clogher Valley RFC and Coleg Gwent as our rugby teams in South Africa next summer is the Old Pauline Football Club. Founded in 1871, by former pupils of St Paul’s school, OPFC is one of the oldest rugby clubs in the world.

They, too, will have the unique experience of combining their playing trip to South Africa with the famous rugby pilgrimage that is the Lions.

If you thought this tour couldn’t get any bigger for the Old Pauline tourists, then think again. The club will be celebrating their 150th anniversary on their rugby tour to the Rainbow Nation.

So, with an English team joining our Welsh and Northern Irish squads, all that is missing to complete the four nations is a team from Scotland.  Any takers?

While Warren Gatland’s men do have a challenge in South Africa, so too will Old Pauline FC. The London-based rugby club will get to soak up the atmosphere of a Lions Tour across the opening two Tests but between those, OPFC have two matches of their own.

36 tourists will descend upon the Rainbow Nation ahead of the first Test, spending two nights in Johannesburg soaking up the atmosphere the beginning of the series has to offer. Then, it’s down to the south coast to immerse themselves in the wonders of Cape Town.

The Englishmen will settle into their base for the week before discovering what the Mother City has to offer. Dipping their toes in the Atlantic Ocean at Camps Bay and earning the stunning reward of panoramic views across the city by trekking up Table Mountain will set them up nicely ahead of their fixtures.

Having toured the Cape Peninsula and visited the winelands at Cape Point, Old Pauline FC get to don their red, black and white kit for the first time against Masi RFC in Noordhoek. The team will let their bodies recover on a day with Lions’ Chairman, Jason Leonard’s charity, The Atlas Foundation.

You can’t go to South Africa without sampling some of their famous wines and rich cuisine! So, OPFC will spend a day sipping on some Sauvignon in the winelands of Stellenbosch before returning to Cape Town for a true African experience when they dine at GOLD Restaurant.

Two days after their first fixture, the Londoners are back on the rugby pitch as they lock horns with False Bay RFC. Post-match, their hosts will treat them to a traditional South African braai while sharing a beer ahead of the crucial second Test the next day.

Old Pauline FC’s tour manager, Chris Jackson said: “We are delighted to be able to partner with MSG Tours for our rugby tour to South Africa which coincides, not only with the 150th anniversary of the rugby club, but also the Lions Tour next year.

“Our experience with MSG thus far has been seamless and we are impressed by the level of attention to detail they have shown – long may it continue!

“Aside from the titanic rugby, (not only the Lions, but our games too!) we are most looking forward to kicking back with a cold one and enjoying ourselves. Tour is a life affirming moment – and this might just be our Everest.”

MSG Tours can’t wait to deliver the unexpected for Old Pauline FC when they join us in South Africa to celebrate their 150th anniversary!

You can check out our rugby tours or other sports tours for yourself. Or, find out more about our Supporters’ Tours or our big trip for the Lions in 2021.

Find out more about our Supporters’ Tours to South Africa 2021