Netball tours to Florida – destination known as the Sunshine State – is home to beautiful beaches, incredible scenery and fierce competition.

The annual Florida Netball Classic is our best-selling netball tour tournament, traditionally held in November it is a two-day event which hosts up to 50 teams from countries across the globe. Competition includes the likes of New Zealand, Australia, England and more.

Florida’s tropical climate, world-famous Walt Disney World, adrenaline-filled theme parks keep you busy in between matches and outstanding evening entertainment, our tour base in Orlando will entertain your players from start to finish. For a bit of downtime, spread your time between here and Miami where you will find more relaxed vibes at the latter, chill on the white soft beaches and stroll through the city centre whilst admiring fine street art. Other Florida cities we recommend include: Tallahassee, Jacksonville and Fort Lauderdale; less crowded with tourists, these destinations off a true authentic take on life in Florida.

Netball tours to Florida certainly offers up something for everyone and is the perfect destination for your next sporting excursion.

Where to stay in Florida?

At MSG we have sourced the perfect accommodation from where you can base your netball team.  Using the impressive and hospitable family-owned Rosen Inn as your netball tour base, almost everything along Orlando’s International Drive and surrounding areas are within easy reach. Daily buffet breakfast and dinner removes the eating-out headaches whilst the gym and three pools provide great down time and rehab opportunities following fixtures or training sessions.

What to do in Florida

There is plenty to do between match days to make your team trip truly memorable.  Here is just a sample of what you can find once you get there. 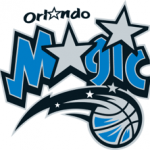 Find out what previous groups have done on their netball tours:

Find out about our other netball tour here

Get in touch with us to chat about how Florida would make the perfect destination for your next school netball trip or netball team tour.