Our netball tours to Malawi offers a stunning sport and cultural experience for touring teams. Known affectionately as the Warm Heart of Africa, the combination of its majestic lake, beautiful wildlife and unspoilt wilderness make a netball tour here an adventure not to be missed.

Running almost the entire length of the country and the third-largest freshwater lake in Africa, the eponymous Lake is one of the key focal points of a netball tour to Malawi.  Fringed by golden sands and teeming with colourful fish, the Lake is a must-see feature of the Malawian landscape.  The rugged wilderness of the country’s interior boasts wildlife that can compete with the better known safari destinations. With the reintroduction of lions into the national parks in 2012 Malawi once again offers the chance to see the ‘Big Five’ in their natural environment.

In terms of matches, the growth of netball in Malawi is an extremely remarkable success story. Their national team, ‘The Malawi Queens’, has recently risen to sixth in the world netball rankings and their success is reflected in the standard of play at junior level, guaranteeing a testing tour. This is a chance for touring teams to test their raw talent and skill against young Malawians whose passion for the game tops the charts.

The netball is just a part of your journey. The opportunities to volunteer are plentiful: coaching, teaching, community work and youth awareness. Prior to travel we will discuss the project that will best suit your school. Many schools establish such good relationships, they continue to raise money and return to their chosen project on a frequent basis.

Challenge yourself, witness nature at its best and experience the unexpected in this beautiful country.

Where to stay in Malawi? 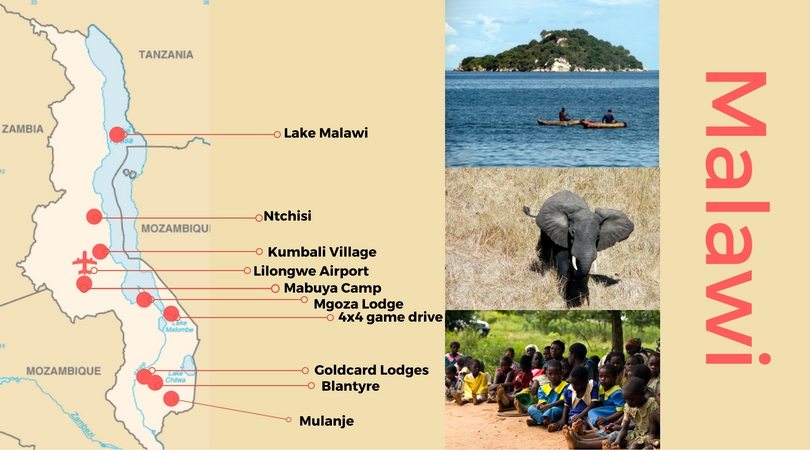 We have a diverse selection of accommodation including 4* lake side bliss, luxurious camping and basic accommodation utilised during the community projects.  Exact options will depend on the itinerary but a combination of each is the best option, in our opinion.

What to do in Malawi?

Take some time away from the pitch to explore the beauty of Malawi. Some popular points of interest we recommend are:

When to visit Malawi?

Get in touch with us to chat about how Malawi would make the perfect destination for your next school netball trip or netball team tour.

Find out what previous groups have done on their netball tours:

Find out about our other netball tours here