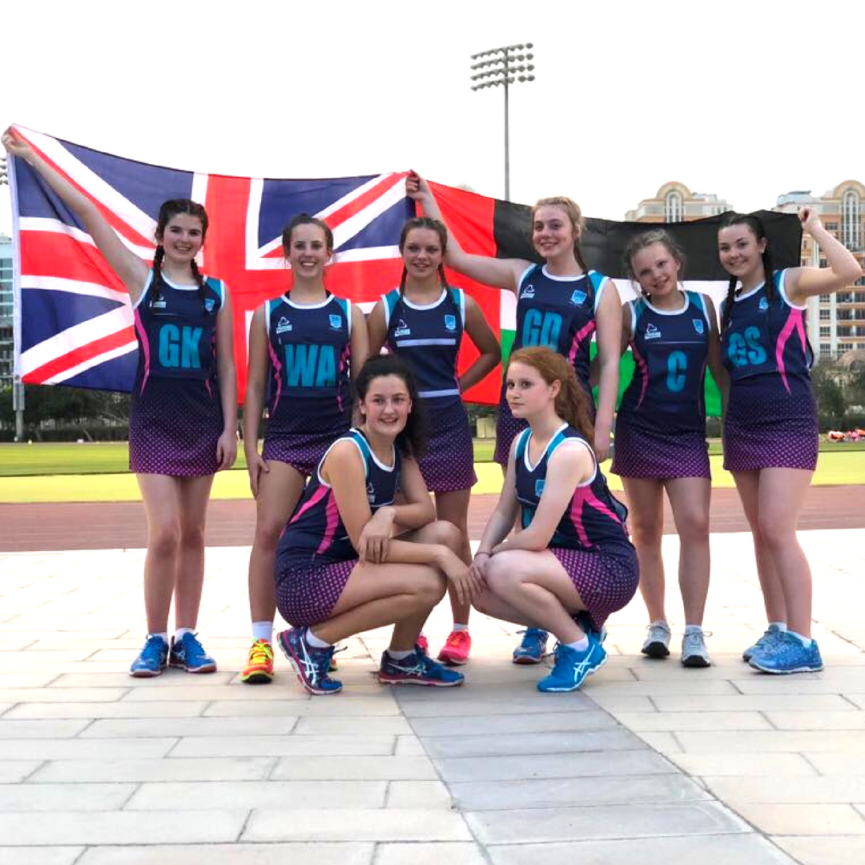 If you’re looking for sun, sand and a fun, lively netball tournament held in some of the best-sporting facilities you will ever see, then look no further than the Desert Netball Festival for your 2018 netball tour to Dubai.

Running over 4 days in October 2018 (25th – 28th), the Dubai Desert Netball Festival is a must for any netball team. Hosted in world-class facilities at Dubai Sports City and with teams accommodated in stunning hotels, such as the Dubai World Trade Apartments (audited to School Travel Forum – STF – standards), it is no wonder that interest in this tournament is building.

The Dubai Sports City Sports Park provides purpose-built facilities for a multitude of sports, with netball perhaps being the most noteworthy. Furthermore, with 4 multi-sports courts, Sports Bar and Outdoor cafe, it makes the perfect location for the Desert Netball Tournament.

For a full breakdown of what’s included in our package deal to the Dubai Desert Festival in October 2018, head straight to the bottom of the page for details.

Who can take part?

The Desert Netball Festival is open to the following age groups:

How to get there

Flights for your netball tour to Dubai are available regionally across the UK. Direct flights depart from:

Where to stay in Dubai and Abu Dhabi

Located just 20 minutes from Dubai Airport, 30 minutes from Dubai Sports City and just an hour away from Abu Dhabi, the Dubai World Trade Center Apartments are in the perfect location for a team visiting Dubai for the Desert Netball Festival.
Facilities at the Apartments include free WiFi, an outdoor pool, tennis court, climbing wall and full gym and aerobics studio.

The Dubai World Trade Center Apartments have been audited to STF standards and received a rating of High Conformity.

What to do in Dubai and Abu Dhabi

Dubai and Abu Dhabi are home to a plethora of fun, educational and exciting places to see and visit. Here is just a handful not to be missed:

Where will your adventure begin? Choose your slide. Book online now to save! Thanks @adionablog

The package is open to U12’s, U14’s, U16’s and Senior teams (alternative age groups will be entered into the category most relevant to their age group), and will include;

If you would like any further information on the Desert Netball Tournament or a netball tour to Dubai please don’t hesitate to call on 03333 111122 or get in touch online.