With our European office headquartered in Bayonne, the Basque country is a destination we pride ourselves in knowing inside out.  In May 2018, we took our supporters there to watch the European Rugby Champions Cup Final & Challenge Cup Finals.  Over 230 supporters travelled with us over this exciting weekend of rugby action, representing clubs and teams across Spain, France, Portugal, Wales and England. Tour leaders Grace, Katie and Laura joined the supporters tour to show our clients the best of the Basque Country. I caught up with them to find out what they got up to.

Where is the Basque Country and which destinations did you visit?

Grace: The Basque Country is on the south-east coast of France along the Bay of Biscay and spans from Bayonne in France to the outside of Bilbao in Spain. On this trip, we visited Biarritz, San Sebastian, Bilbao and St Jean De Luz, all very rich in culture and history.

How many supporters joined you on this tour and what did their itinerary entail?

Grace: We had the bulk of UK supporters travel with us from London Gatwick. Upon landing in Bordeaux we drove south to San Sebastian with a stop in the seaside town of Biarritz for lunch. That evening, they had a free evening to explore the wonderfully eclectic city of San Sebastian and get their first taste of pintxos! 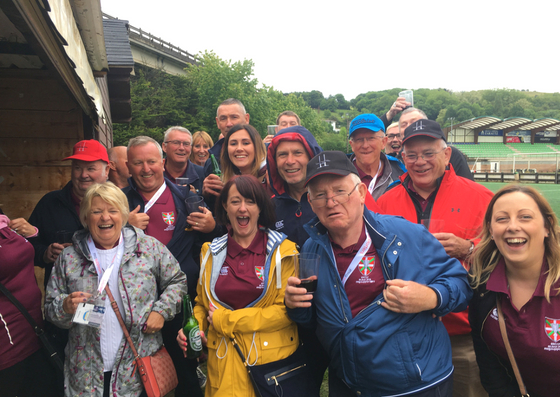 On Friday, we took them to a cider farm about 20 minutes from the hotel. Here they had free access to the 25,000-litre cider barrels alongside a delicious 4-course meal. That evening was the first of the games at San Mames stadium in Bilbao.

On Saturday, we took them to a rugby festival we were hosting for some UK and Portuguese Rugby teams, and the club put on lots of paella and beers! From here we headed to Bilbao for game number 2.

Sunday was home time, and we had a long journey back to Bordeaux, but on the way, we stopped in the course village of St Jean De Luz just over the Spanish border. This small fishing village was one of my favourite places we spent time in.

Which matches did you watch whilst on tour, was there a favourite?

How did MSG Tours #delivertheunexpected?

Laura: From day one a lot of work went into ensuring that this was a one of a kind tour. Given that the European Rugby Champions Cup Final was in Bilbao, it was important for us to show everyone why we decided to move away from the norm and take our customers to San Sebastian. Given the feedback received from our clients, it was definitely a good decision.
A lot of the customers travelling on this tour have travelled with us previously, therefore, know (and love) the effort that we put into our tours. The variety of excursions went down very well, from the lunch stop on Biarritz to the Cider Farm in San Sebastian.

Although everyone thoroughly enjoyed the tour, I think the highlight was definitely the Rugby Tournament at Zarautz Rugby Club on Saturday. We did not include this day in the original itinerary and had informed everyone of the plan a couple of weeks before departure. This was a great opportunity for our different groups to mix while enjoying unlimited food and drink, that went down a treat!  That’s what we call Delivering the Unexpected. 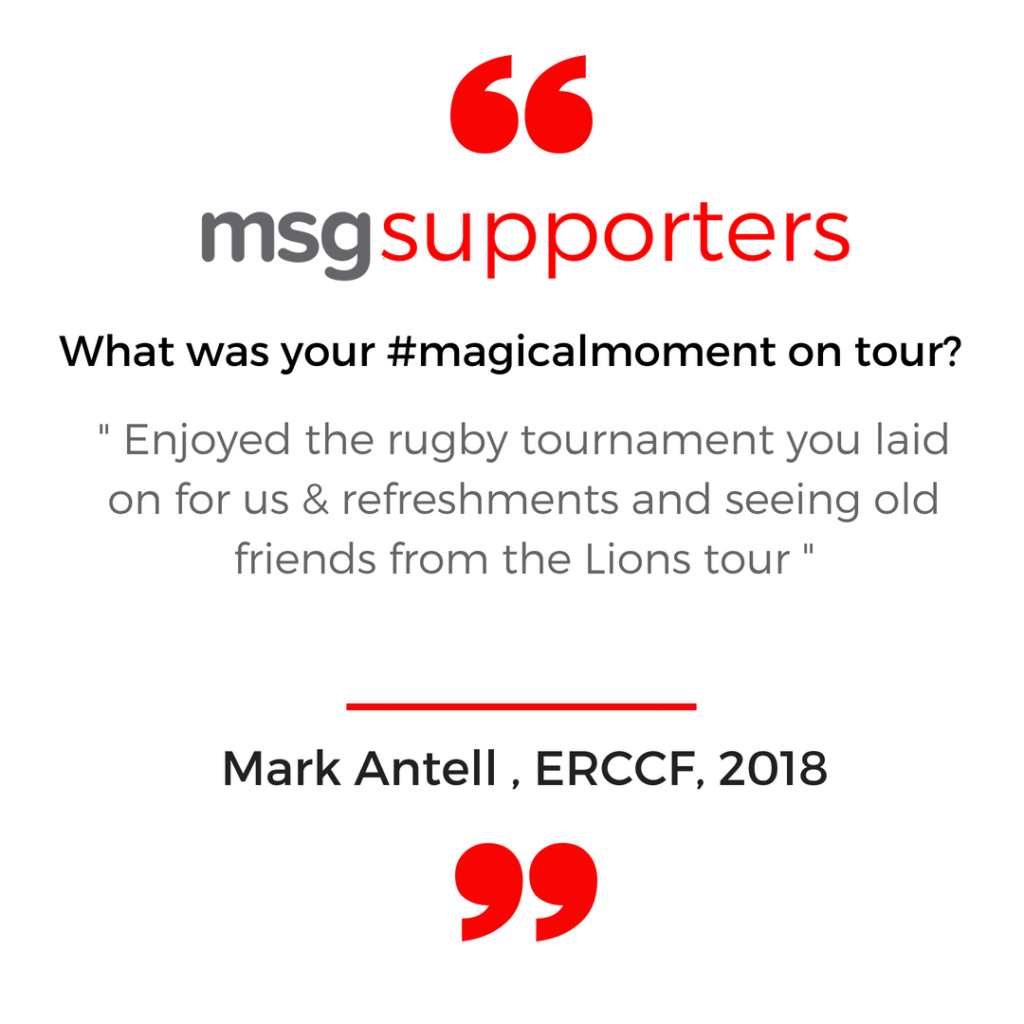 What did you enjoy most about the trip?

Katie: It is hard to pinpoint just one part of the trip that was my favourite however the additional trip to Petritegi, a Cider farm based on the outskirts of San Sebastian, was a definite highlight of the trip. With incredible views across the landscape, delicious food and access to the cider barrels where we learnt the process of brewing cider, the experience at Petritegi was a standout.

In second place (as I can’t just pick one highlight) it would have to be the day of rugby at Zarautz Rugby Club. An abundance of food (all cooked on site) and a large attendance of players and supporters meant the atmosphere was incredible, with everyone having a large smile on their faces. Even the rain couldn’t put a dampener on this brilliant day.

Our #MSGSupporters enjoying a day of Rubgy at Zarautz Rugby Club ahead of the European Rugby Champions Cup Final this afternoon! #RoadToBilbao #ERCCF #DeliveringTheUnexpected

How would you sum up your time in the Basque Country?

Laura: Busy! With such a detailed schedule and a lot of people to keep in check, we were kept on our toes the whole time. As a Welsh rugby fan, this was definitely my kind of tour, and I was lucky enough to have my parents join as customers of MSG Tours.  The whole group proved  superb company, and all got on really well which was great to see. A Cardiff Blues win didn’t hurt either! 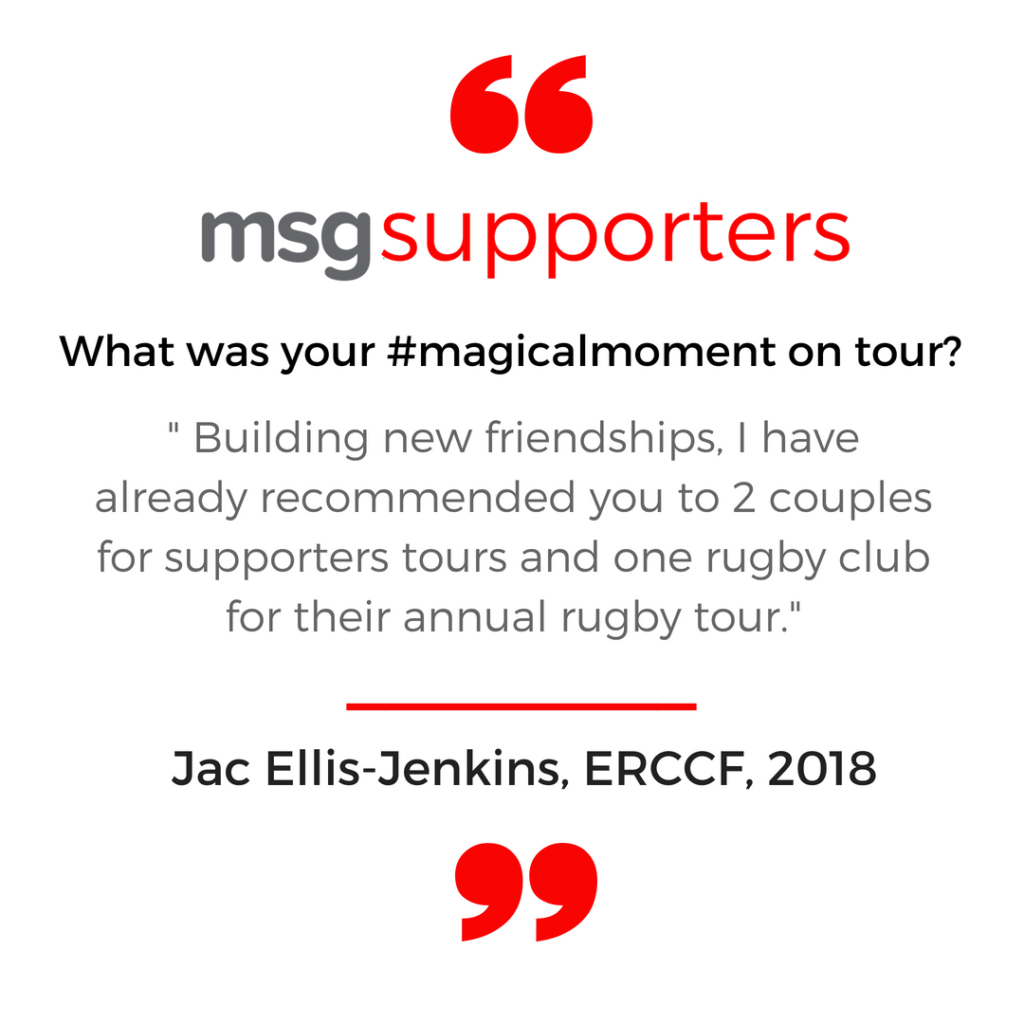 So, that sums up another fantastic supporters tour. Fancy following your rugby team to the land of the rising sun? We have several bespoke packages on sale now to Japan 2019.

Tour Japan 2019 has options for England, Wales, Scotland and Ireland supporters. So what are you waiting for? Our once in a lifetime trips have a history of selling out so please contact us today to avoid disappointment.