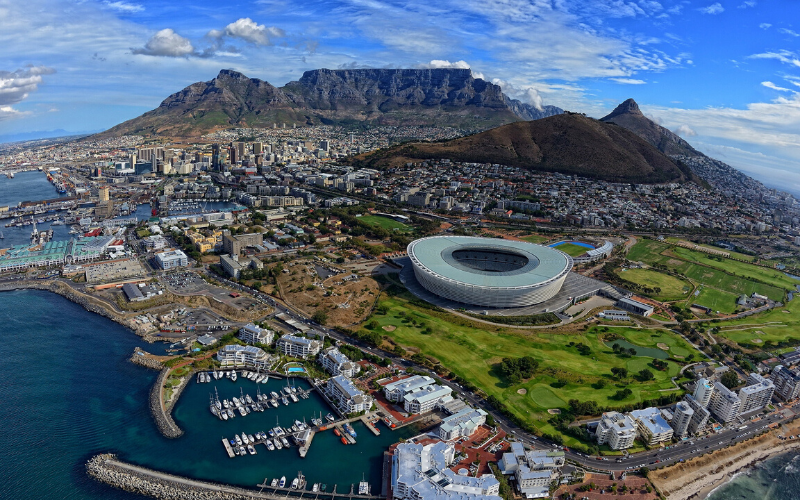 Playing in rugby tours in different countries are already unforgettable experiences. But, marrying that up with the apex of all tours – the Lions – makes it truly once in a lifetime.

We can reveal the second team to be traveling to South Africa with us will be Clogher Valley RFC. The Northern Irish club join Welsh outfit, Coleg Gwent, in arranging their playing trip alongside the Lions Tour.

And, continuing to deliver the unexpected, MSG Tours will be sending them to not one, but two countries on their unique tour.

Next summer, a certain Lions team will do battle against the Springboks while the Valley have a couple of matches of their own. Not only will they play a rugby match in South Africa, but in Eswatini, too.

43 club members will spend five nights in Cape Town during the week of the 2nd Test of the series. Then, they’ll fly to Johannesburg to spend three nights in the Kingdom of Eswatini.

A match in Cape Town against Hout Bay RFC and another in Eswatini sandwich the all-important 2nd Test between the Lions and the Springboks. Warren Gatland’s men could be playing to clinch the series or to take it to the final game. And, the Clogher Valley boys will be in town to soak up the atmosphere amongst the Sea of Red.

Apart from rugby, the Northern Irish rugby club will take in the beautiful sights of the Cape Peninsula and will take in views of Cape Town from the summit of Table Mountain. In Eswatini, Clogher Valley will spend time on safari and get the chance to go white water rafting or caving.

And, continuing to deliver the unexpected, MSG Tours will be sending them to not one, but two countries on their unique tour.

Our official charity partner for the Lions Tour in 2021 is SKRUM, based in Eswatini. Adopting our motto of delivering the unexpected, Clogher Valley RFC will take time out of their trip to participate in a community rugby session.

Using the core values of rugby, SKRUM engages children and educates them about HIV and AIDS. On their Lions tour, the Irish Rugby Club will join them to do their bit for the Eswatini community.

Eswatini has the highest rate of HIV/AIDS in the world with over a quarter of the population carrying the infection. SKRUM’s aim is to reduce these figures and MSG Tours will be joining them when we take our supporters on the Lions Tour.

Clogher Valley’s Tour Manager, David Sharkey said: “We are embarking on our third club tour to South Africa – this time with the added excitement of a Lions Tour as well. With 43 tourists, the club is buzzing, and we are still getting weekly enquiries about the trip

We are especially looking forward to getting playing experience in the hotbed of South African rugby, taking in the 2nd Lions Test in Cape Town and helping the SKRUM charity before ending the tour with a relaxing few days in our resort in Eswatini.

“Working with MSG tours has been hassle–free – they negotiated us through all the pitfalls and presented us with a tailor-made tour that suited our needs and within our budget.”

You can check out our rugby tours or other sports tours for yourself. Or, find out more about our Supporters’ Tours or our big trip for the Lions in 2021.