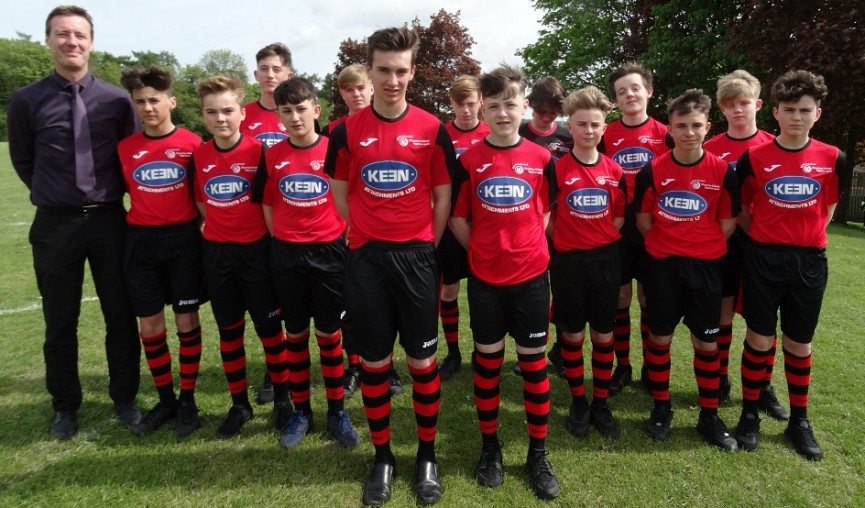 Back in April Chepstow School U14 football team became the first ever team from South East Wales to become Welsh FA champions, after defeating Sir John Bright School 2-1 in the final, but their footballing journey did not end here. The 16-man squad now had the challenge of representing Wales in the Great Britain and Ireland Championships and not only that but they had to find the funding to get them to Dublin.

This is where we came in. Mark Gardner, alumni of Chepstow School and ex-football captain himself, saw this opportunity to use MSG Tours’ knowledge and expertise in the travel industry to get the team to Dublin as quickly and cheaply as possible. Mark said “As ex-captain of the school football team I am very keen to help the boys to get to Dublin and wish them all the best in the competition.” The good news is, with help from MSG Tours and fundraising done by the school staff and pupils the players made it to the tournament.

@msgtours Mark performing miracles to get us to Dublin, via Belfast now,amazing price, and organisation @chepstowschool

The team were one of six teams playing in the SAFIB Allen McKinstry Cup which was held over 3 days and on the first day faced tough opposition in Douglas Community School from Cork (who eventually took 2nd place in the competition.) After a hard fought match which ended 0-0 Chepstow lost out in the penalty shootout 3-2.

On the second day they faced even harder competition in Belfast Boys’ Model School (who finished 4th) and even though they had a great game they lost 5-2. However, through the whole match the boys kept their heads held high and enjoyed every minute of the game.

Lost 5,2 to a very strong Belfast side, again playing an U15s, proud of boys for showing character and winning second half, @chepstowschool

Sunday was a new day and the team were in the 5th and 6th place positional play-off match against Samuel Whitbread Academy from Bedfordshire. A nail biting match ended 0-0 at full time and the team were down to penalties. We are delighted to say that Chepstow overcame the England opposition 5-4 on sudden death penalties and took 5th place in the SAFIB Allen McKinstry Cup, a feat they can be proud of. The boys’ success far has been made ever more poignant as they have been playing in memory of Harrison Marshall, who tragically passed away aged 11 in 2013.

Jamie Goddard, coach of the Chepstow football team contacted us following the event to say “a massive thank you for all the help and support given with the football finals. We wouldn’t have done this without you.” MSG Tours were thrilled to be able to help the young team get to Dublin to play in the finals and we wish them all the best for their future matches.