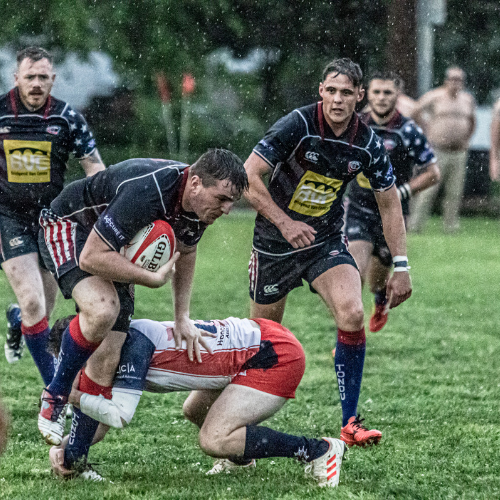 Rugby Sports Tour to the USA

Welsh rugby club Tondu RFC, recognised in the Bridgend area as The Waterwheelers, returned triumphantly from their twelve-day rugby tour to the USA’s east coast.

Managed by MSG’s Huw Jones, the tour’s aims and objectives covered engagement with local communities and visits to iconic sights in each state. As reported heavily across the UK media, Tondu’s entire touring party – led by Wales and British & Irish Lions legend JPR Williams – laid a wreath at the 9/11 Memorial in New York, offering the locals an emotional set of national anthems from both Wales and America.  To date, over 9000 viewed this online video drawing comments from several within the rugby fraternity applauding the Waterwheelers’ touring values.

Lovely touch this – Tondu RFC showing themselves to be superb ambassadors for Welsh rugby and for Wales. https://t.co/i6yajCno3M

Club Vice President Alun Brown led the club’s internal fundraising and planning over the two year build up to this iconic trip. “The tour was immense. The squad rallied together to make this dream a reality and it’s made us a tighter unit both on and off the field. We were hosted superbly, especially in Worcester near Boston, and the boys represented Tondu RFC superbly over the 12 days”.

Rugby Sports Tour to USA
Here is a selection of activities that Tondu RFC did on their sports tour to the USA:

Booking a Rugby Tour to the USA

We can help you plan an outstanding rugby tour. Get in touch and start planning your sports tour today – all our trips are bespoke and you can tailor itineraries to your curriculum needs and budget.