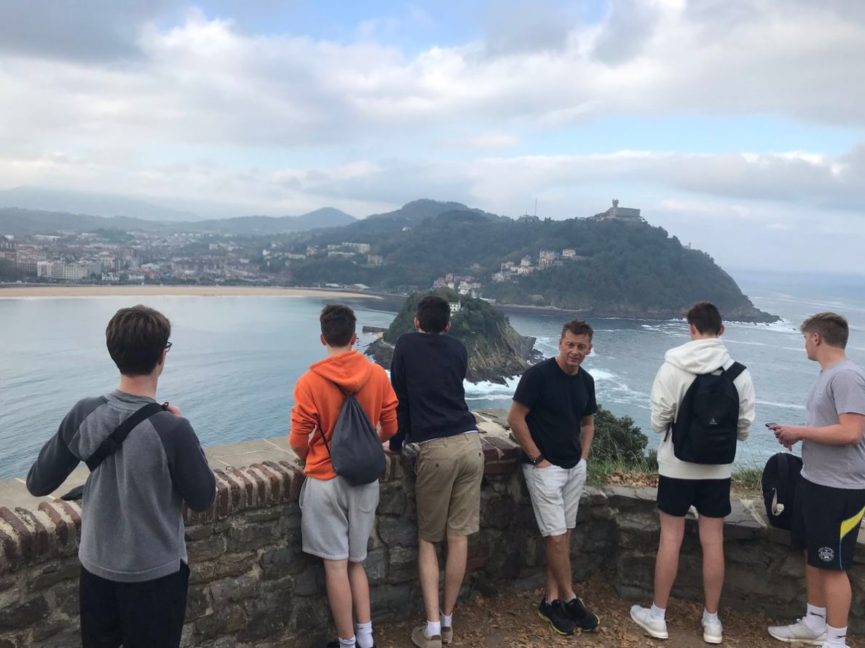 Following successful tours to Portugal, Greece and Japan, North Wales’ Rydal Penrhos School embarked on their latest adventure with MSG to our European hub in the Basque country.

Flying out of Manchester, Rydal’s hockey squad took on RC Jolaseta in the beach resort of Getxo close to Bilbao.  Despite a narrow defeat, there was optimism in the camp for the remaining two fixtures played in San Sebastian, the School’s base for the four-night tour.  Set among magnificent backdrops of the Basque coastline, Rydal took their game to Real Club San Sebastian from the off in both encounters, losing narrowly to larger, rested squads who edged the scoreline in the latter stages of each game.

Some attacking play from the match but we went down 3-0. Tough hockey but a definite step up in performance. Shame we didn’t get the win but we will take progress over results…I think! Dinner in San Sebastián to follow @RydalPenrhos @msgtours pic.twitter.com/2z9XcgHwsi

Rydal’s five-day tour explored the very best of both the French and Spanish Basque country, including the players and staff trying their hand at the Basque sport of pelota.  Not to be outdone by local customs, all players and staff took to the waters for surfing lessons at the tail end of the tour to master the waves in glorious October sunshine. A final day’s sightseeing around Bilbao’s San Mames Stadium and Guggenheim Museum topped off a wonderful half-term tour for the hockey squad.

A superb morning of surfing at Zurriola Beach San Sebastián. Superb waves and the boys all got to stand and some good skills learnt @SurfSnowdonia on show! The staff struggled a bit though… pic.twitter.com/NhaQHqZ2NT

Our commitment to providing unique school sports travel experiences outside the classroom continues.  Contact us to arrange your next school hockey tour to Spain and France.

Hockey Sports Tour to Spain
Here is a selection of activities that Rydal Penrhos did on their sports tour to Spain:

View our other case studies here

Watch the video to see the sports facilities of the Basque region in Spain and France:

Booking a Hockey  Tour to Spain

We can help you plan an outstanding Hockey tour. Get in touch and start planning your sports tour today – all our trips are bespoke and you can tailor itineraries to your curriculum needs and budget.