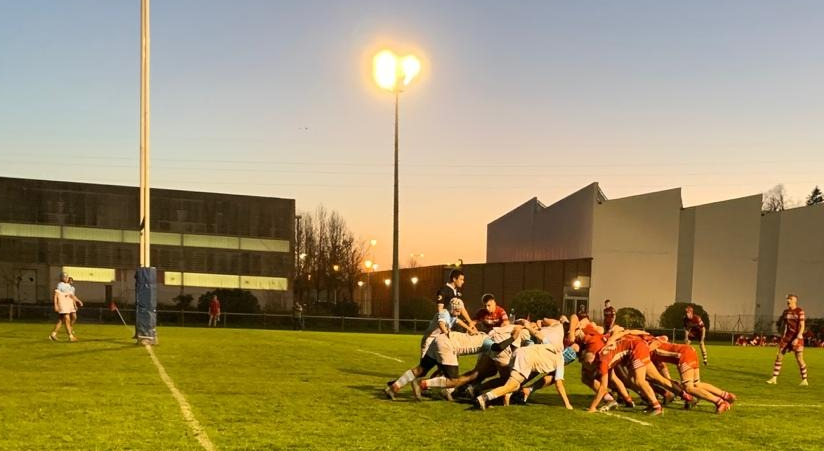 MSG Ambassador, Neil Boobyer took his Rhondda Schools U15’s team on a rugby tour to France in the rugby heartland of the Basque Country.

Staying in Biarritz, just around the corner from our European base in Bayonne, the valley boys got to swap the rolling hills of the Rhondda for the sandy beaches of the Basque coast.

As well as absorbing the Basque culture, it was important that the team had a distinct rugby experience, too. That is why Rhondda Schools wanted to test themselves against some serious French opposition. So, we pitted them against Aviron Bayonnais and St. Vincent de Tyrosse on their rugby tour to France.

The Rhondda boys didn’t shirk the challenge when they fell 52-7 to Bayonne – a Top 14 academy side. In another tricky match the very next day, they lost 34-19 against St Vincent de Tyrosse in what was an enthralling encounter.

Now, it was time to put the feet up and enjoy some rugby from the stands instead. Swapping the coast for the Pyrenees mountains, the team headed to the Stade de Hameau to take in the unique atmosphere of a big Top 14 match. It was a nail biter as Clermont scored a late try to edge out Pau by 23-20.

On the final day of their trip, they spent some time on the Spanish side of the Basque, getting their second country under their belt. En-route to Bilbao Airport, there was time to kill in the beautiful San Sebastian and the Rhondda boys got to recuperate from some tough battles with a refreshing dip in La Concha Bay.

Rugby Tour to the Basque Country
Here is a selection of activities that Rhondda School did on their rugby tour to the France:

Booking a Rugby Tour to France

We can help you plan an outstanding school rugby tour. Get in touch and start planning your sports tour today: our trips are bespoke and you can tailor itineraries to your curriculum needs and budget.