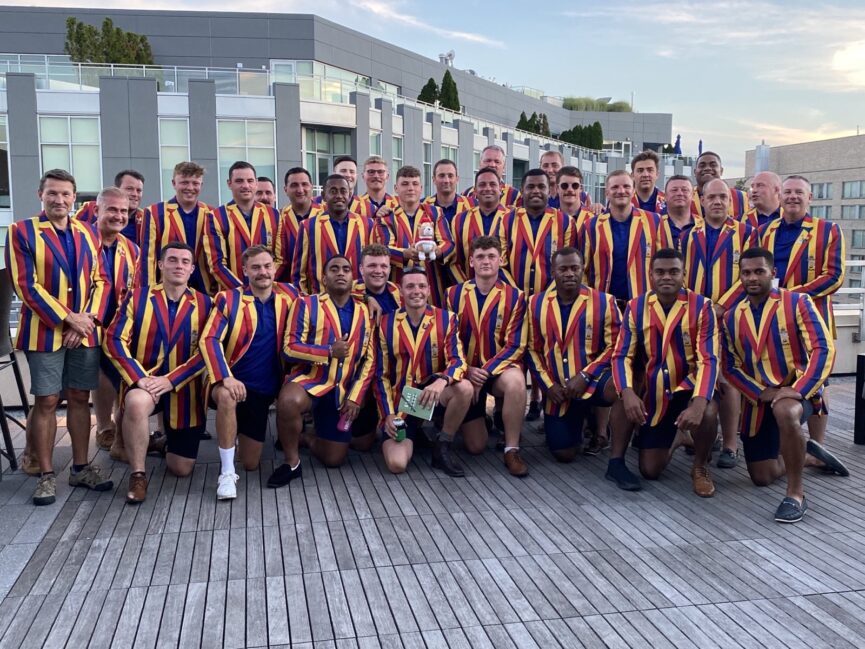 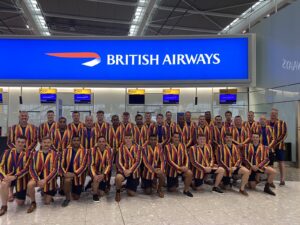 We spoke to Tour Leader and Captain Steve Blanks before they departed for Washington, who stated “after the two-year delay of our 1st team’s four-yearly rugby tour we are very much looking forward to facing our American cousins on the rugby pitch. We have a great military relationship with America and to face a team comprised of serving and ex-US Marines in the first match is a great privilege. The REME toured Washington in 1985 and we hope to share our experiences with our Veterans’ who will no doubt relive great times.”

Since returning from Washington, we sat down again with Captain Blanks to discuss his PXR (post-exercise review) of the tour:

“The tour kicked off with a train in session next to the iconic Abraham Lincoln Memorial, before the next day’s opening fixture against MUTS XV (Military, Unified, Touring Selects). We beat them 38–17 and played at Stan’s Farm, which was something of legend on the Virginia rugby scene. 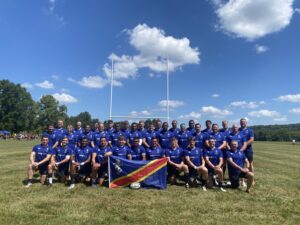 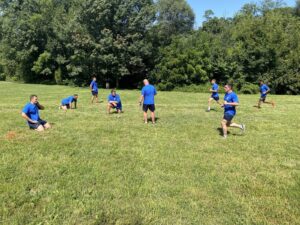 “The following day, I set up a visit to Arlington cemetery and we completed a wreath-laying ceremony at the monument of the senior British soldier Field Marshal Dill and then a public ceremony at the Tomb of the Unknown Soldier with their honour guard. 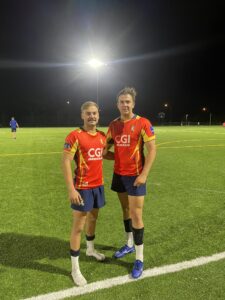 “The second fixture came a few days later against Washington Irish, which we won in convincing fashion 41–5. It was a hard-fought match and a great physical contest. The hosts were amazing afterwards. Excellent yet again.

“We then had a free day in the schedule and travelled to Philadelphia for the day. I managed to get us two free tram coaches and a visit to the Union League Club, all funded by the American military. What a great day!

“The final fixtures were set across a big match day. We tried to play two matches with a small squad against University of Mary Washington and James River Rugby, winning one and narrowly losing the other against a fit college team.

“After a few days of rest, rehab, and some more excursions, we arrived back home on August 31. It was an amazing trip and everyone on it said it’s the best they’ve ever been on, and we are already planning the next one. 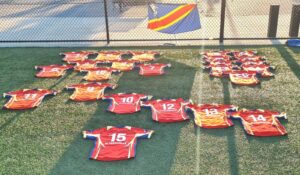 “We would also like to thank L4 Teamwear for providing the amazing kits that we wore throughout the tour, plus the Army Sports Lottery and Army Sports Control Board for their help with the funding and administration of these tours. The last mention, of course, goes to MSG for setting up the tour and being on hand throughout to make our logistics as seamless as possible” 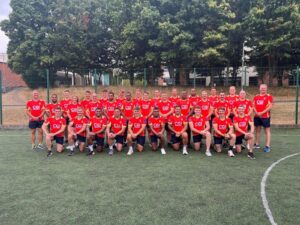