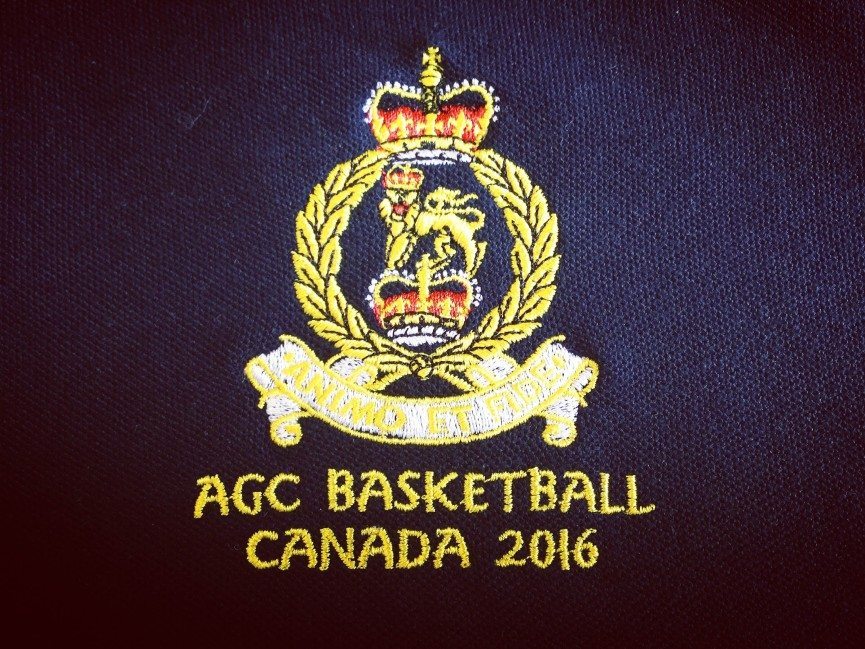 In May 2016 the British Army’s Adjutant General’s Corps (AGC) embarked on a 10-day basketball tour to Canada.

With a passion for Canada derived from years of planning and accompanying tours, we accepted the challenge of scheduling a trip outside the box that provided variety on a daily basis.  From French-speaking Montreal through to Parliamentary Ottawa, a swathe of Canada’s eastern region was explored that featured the highlights of the aforementioned cities as well as Niagara Falls and the cultural city of Toronto.

Departing from London Gatwick, both the Corps’ men’s and women’s teams headed across the Atlantic for a six-game tour. The matches provided the opportunity to play opposition from the Ottawa Police, Canadian Forces Trenton, Brock University, Niagara College and Niagara Police.

Daily training, coaching and R&R filled the down days along with sightseeing trips including the CN Tower, Lachine Rapids, Maid of the Mist / Jet Boating in Niagara as well as catching the Toronto Raptors vs the Cleveland Cavaliers in a live NBA play-off game, in which the Raptors edged a win to tie the play-offs at 2-2.

Tom Hill, Adjutant General’s Corps Basketball Secretary, got in touch following the tour to say a “huge thank you from the AGC Team. MSG tours made it a memorable one and we would recommend them to any organisation wishing to run a bespoke sports tour.”

Booking a Basketball Tour to Canada

We can help you plan an outstanding basketball tour. Get in touch and start planning your sports tour today – all our trips are bespoke and you can tailor itineraries to your curriculum needs and budget.