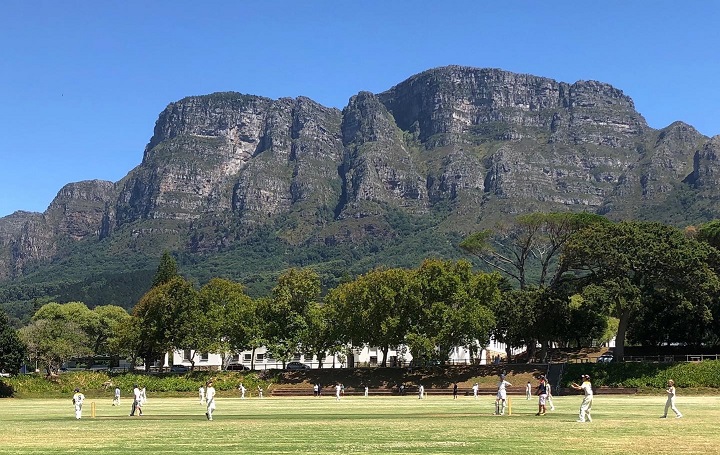 Squeezing seven cricket matches into their 11- day trip to Cape Town, the Oxford school got to pit themselves against several South African teams with scenery that you could only dream of.

With the breath-taking Table Mountain overlooking the cricket fields, the students got to play a variety of cricket formats on their tour. They played a few 35-over matches while they had back-to-back Twenty20 games and a day of 8-a-side cricket.

South African families also welcomed the Dragon boys into their homes to for a few nights. Both Western Province Prep School and South African College School put the boys up as well as meeting them on the cricket pitch.

It was straight into it on the first full day as Dragon School watched some professional cricket. At PPC Newlands Stadium, Cape Cobras took on the Titans while the boys got to relax in the stand.

More cricket on the trip saw Dragon School taking in the festivities at the Cape Town Sixes where they even got to take part in a coaching clinic with some ex-South African cricket players, including Jonty Rhodes and Nantie Hayward.

Cape Town and the Cape Peninsula

Cape Town has more to offer than its passion for cricket – it is a stunning part of the world, too. Travelling up the cable car to the top of Table Mountain gave the boys the opportunity to see the sights across Cape Town.

A tour of the Cape Peninsula allowed the boys to take in the beauty of the South African Coast. They even got to make the acquaintance of a few African Penguins at Boulders Beach.

Our young Dragons swapped their surfboards for cable cars on Sunday. They enjoyed a tour of the Cape Peninsula, travelled up Table Mountain, visited penguins on Boulders Beach, spotted seals on Duiker Island and ended the day at Cape Point. #DiscoverTheDragon #DragonsTakeFlight pic.twitter.com/ZOUW4P48rF

Swapping their cricket bats for surfboards, the school gave up some of their time to help local charity, Waves4Change. Young South Africans take part in surf therapy to help with their mental health and the Dragon boys got involved with them in the waters off Muizenberg Beach.

Dragons met Cheetahs as the school spent some time at the Cheetah Outreach in their final full day in South Africa.  The team got to learn about this beautiful creature and what the Outreach do to promote the survival of the South African Cheetah.

We can help you plan an outstanding cricket tour. Get in touch and start planning your sports tour today – all our trips are bespoke and you can tailor itineraries to your curriculum needs and budget.