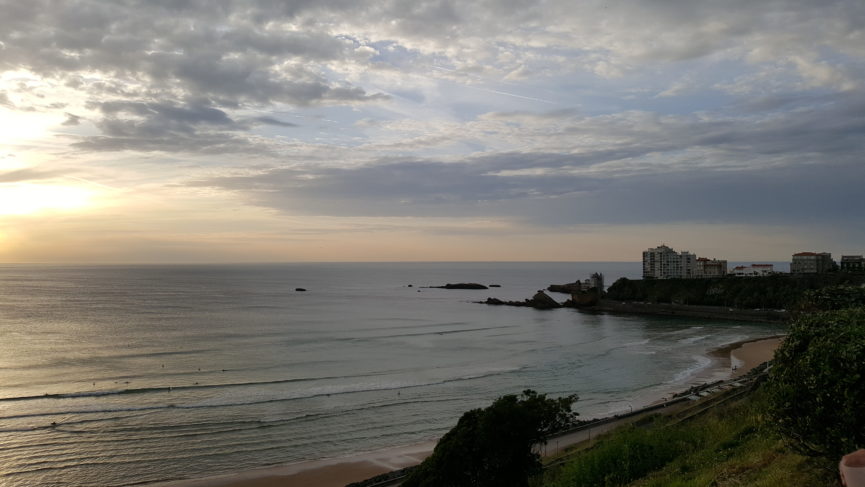 Stuart Lock has recently joined MSG as Head of European Operations. Native to The Basque Country region, having made the move along with his family back in July 2014, we thought it was only fitting to ask Stuart ‘Why the Basque Country?’.

Here’s what Stuart had to say:

“Why the Basque Country? Why not would be more appropriate in my strongly held view!
Surf, ski, eat, play and repeat.”

The words above only scratch the surface here in this little pocket of Europe. There’s an abundance of riches in its natural resources, its architecture, and also in the unique blend of cultures that co-exist.

The Basque Country has a fascinating history and is one of the oldest languages in the world. Whilst the French and Spanish cultures are respected, they can’t help but give way to the dominant Basque culture. It is proudly apparent everywhere.

As a local, Stuart has fabulous inside knowledge of the Basque Country.

For example, he told us the golden double of a surf in the morning and then a ski in the afternoon is possible. Thanks to that, it’s definitely on my bulging Things To-Do list. Furthermore, the capital of the French Basque region, Bayonne, lies 10 mins from the Atlantic coast and less than two hours from the Pyrenees’ closest ski resorts.

In fact, Biarritz held this year’s world surf championships. Among its many illustrious guests include Prince William and Kate, as year as well as my friend Tom and his family. The rough and the smooth, one might say.

A great option for a late morning is to hop on a boat in Hendaye in France, then arrive in Hondarribia, Spain ten mins later. Here you can enjoy some incredible pintxos* and glass of exceptional and very reasonably priced wine from the neighbouring Rioja region.

Sport plays an enormous role in Spain. The professional rugby teams of Aviron Bayonnais and Biarritz Olympique are well known as much for their rivalry as anything else!

SD Eibar, with its tiny population of just over 25000 people, plays host to Real Madrid and Barcelona in their compact but noisy 7000 seater Ipurua Stadium. Scarcely big enough for Ronaldo’s ego, let alone anything else!

Additionally, the Basques have many of their own sports. These include pelota, which is the world’s fastest ball game, and a real treat to watch live.

The fact that I have not even mentioned the Guggenheim Museum, which sits proudly in Bilbao, speaks volumes. Furthermore, the same city has been chosen to host the 2018 European Rugby Finals.

*pintxos are the reason so many people flock to San Sebastian year on year. It’s almost a religion in the Basque region. They are small snacks served on small pieces of bread and contain local produce that is ridiculously moreish. It is never written ‘pinchos’ and they are never called ‘tapas’.