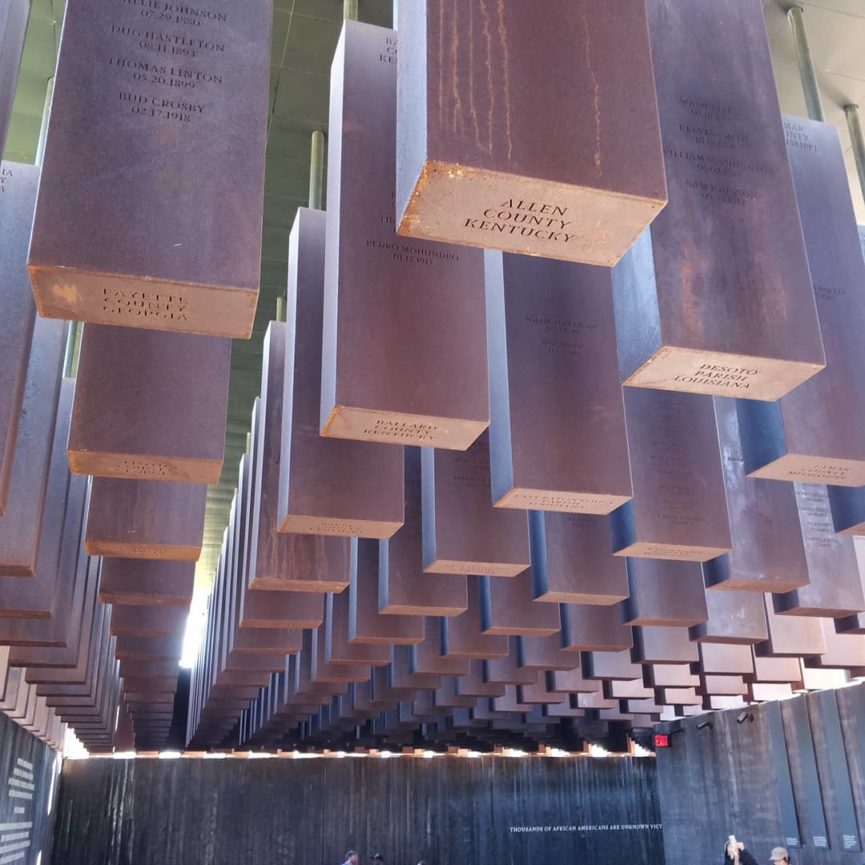 When I was asked to start developing our Study tours products, I immediately thought back to the trips I went on when at school. Some of the clearer memories are where I felt an emotion. Seeing Ginger, the mummy preserved complete with his ginger hair at the British Museum in London, brought to life the mummification process we were learning, and I felt right there, that they were real people.

The most prominent memory, however, was walking through a trench in Belgium, complete with underground tunnels (and torrential rain!), and I remember feeling such empathy for how the soldiers must have felt. Scared, cold, wet, hungry, on tenterhooks waiting for the next attack. This feeling and seeing these trenches along with the thousands of war graves, I truly believe helped me through my History GCSE.

Therefore, I felt it was important to make sure our trips evoke those same feelings with students we take across the world. I wanted to find destinations that were new, exciting and educational, and Alabama ticks all the boxes. The Civil Rights Movement is an ever-growing topic within UK schools, but so is the American Civil War. The more I researched Alabama, the more I found both topics can be studied side by side, and even more interestingly both events are intrinsically linked to one another. 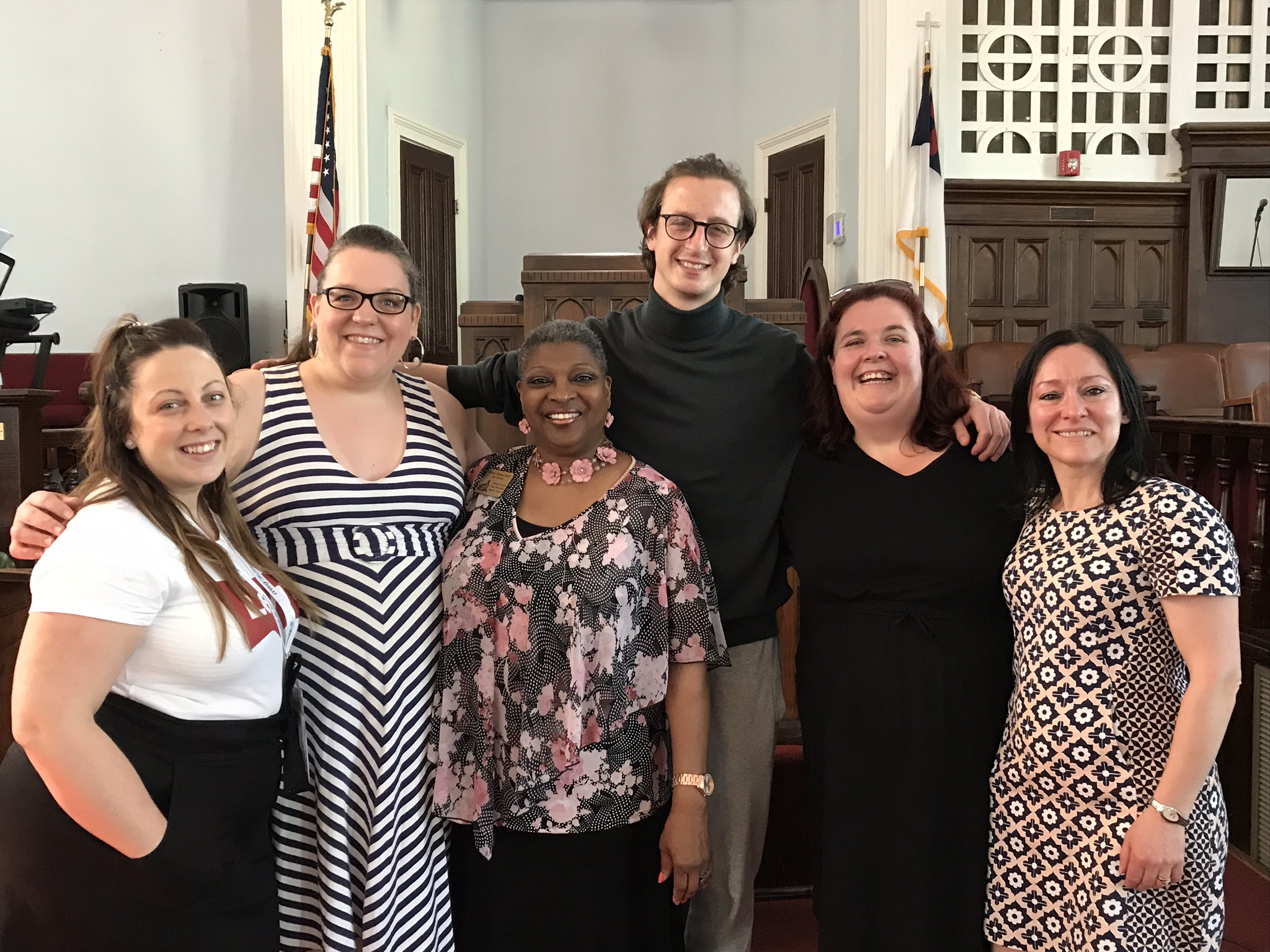 “We are not makers of history. We are made by history – Martin Luther King.”

Fast forward 11 months, and I am at London Heathrow, about to take 4 historians on the trip of a lifetime. Thanks to Sweet Home Alabama, British Airways and American Airlines and No1 Lounges, we were given the opportunity to explore they key cities of the Civil Rights Movement, and really discover how students will benefit from visiting here.

Our first morning in the city of Birmingham began with a tour with In Birmingham’s Barry McNealy. He took us to sites such as the Birmingham Jail, where Martin Luther King Jr wrote the famous ‘Letter from the Birmingham Jail’, and drove us through ‘Dynamite Hill’, named as such because the Klu Klux Klan bombed the street over 40 times. Formerly the city’s ‘colour line’, this now leafy and seemingly peaceful street, was once a hive of activism. With whites living on one side, and blacks on the other, anyone who dared crossed the street were met with violence and hate. Barry tells us “In any Civil Rights dispute, it is always the women who got the ball rolling and made change”. This was the supported by the story of Mary Means Monk, who bought an empty housing project property on the white side of the road. The KKK took real offence to this and bombed the house 3 times- but her family still lives there today.

We also visited Kelly Ingram Park. Situated opposite the 16th Street Baptist Church, where we were later invited an inspirational Palm Sunday Gospel Service, Barry told us the story of the Church’s bombing in 1963. Here four young girls lost their lives when the KKK planted 15 sticks of dynamite on the east side of the church. In the park, these four girls have been memorialised in a poignant statue named the Four Spirits. What is also interesting in this Park, is a small tree, planted in memory of Holocaust victim Anne Frank. This is to demonstrate that the Civil Rights Movement wasn’t about black vs white, it was about not being accepted for being different, and this same battle is being fought over, and over again. The Holocaust, Apartheid, Suffragettes, Tiananmen Square Protests, Berlin Wall, are all the same story, and this story continues to this day. I had never thought about it that way before. What if everyone was accepted for who they were in the world? What if people were kinder to each other? 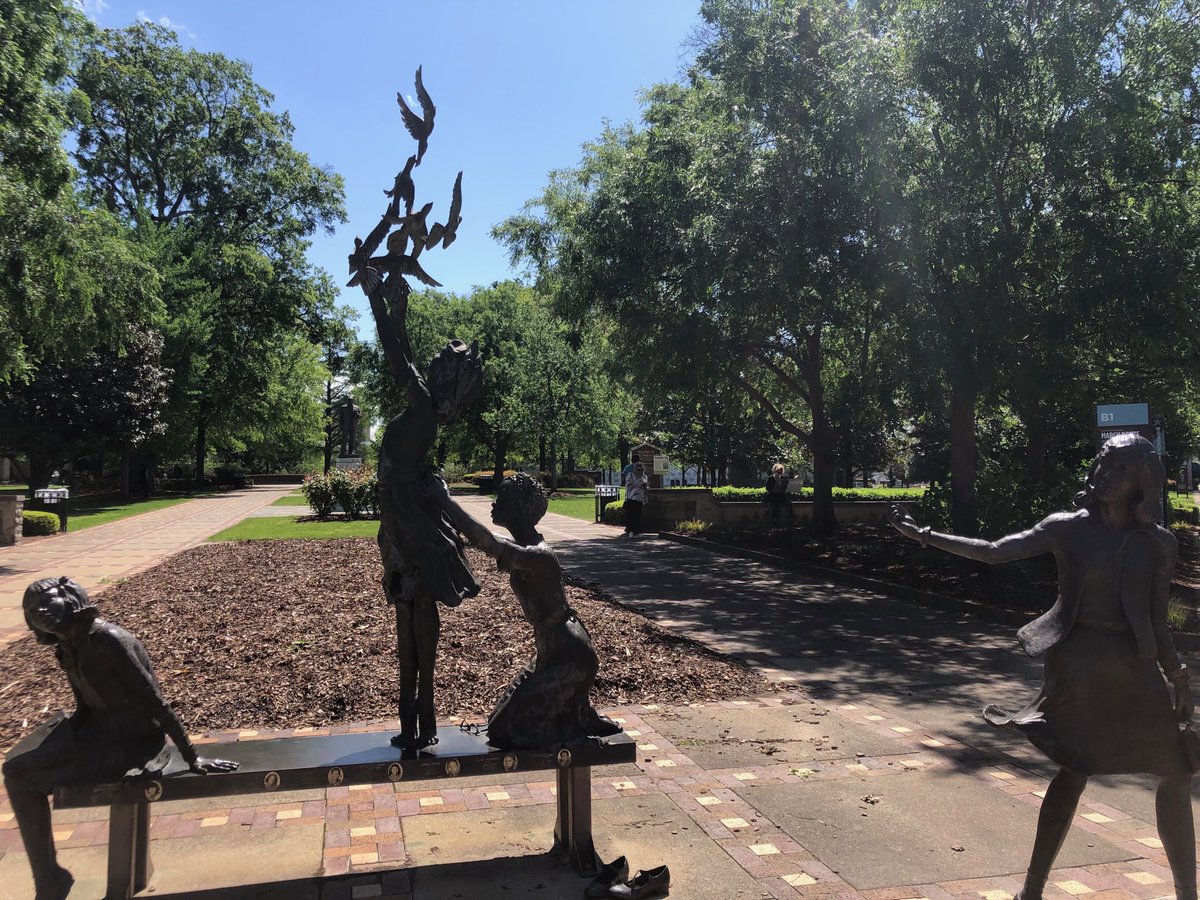 Martha Bouyer, a former educator and our afternoon guide in Birmingham, took us on a quick-fire tour of the Birmingham Civil Rights Institute which demonstrated what segregation looked like. I asked her if the involvement of white supporters of the movement affected its success. She advised “Absolutely, people seeing right from wrong despite their colour will always do good”.

If this was a lesson taught in all schools, could the world become a better place? Would we learn from our mistakes?

This sounds like a lot of questions to be asking, but a trip to Alabama encourages the inquisitive. On our penultimate day in the State Capitol of Montgomery; the city in which Jefferson Davis signed the telegram starting the Civil War, and where Rosa Parks refused to move from her seat; we visited the new Legacy Museum: From Enslavement to Mass Incarceration.  Situated in a warehouse which housed enslaved African Americans, this fully immersive and interactive exhibition left me asking so many questions. It documents the history of African Americans from being enslaved in the 1600’s, through the civil war and slavery being banned in the Confederate States, lynching, legalised racial segregation and a massive focus on current racial disparities in the legal system. It is so powerful that we were told it hasn’t had the best response from some locals. However, the stories told here need to be heard. As you leave the exhibition, plastered all over the walls are questions. Why wasn’t there justice, why is this person still in maximum security prison, why are there still racist laws in Alabama’s constitution?

These are all questions that will resonate with me forever, and I don’t think I’ll really know the answers. However, the trip wasn’t about persecution and learning about the inexcusable treatment of black people. It was about hope, perseverance and overcoming all odds.

In Selma, our guide Dianne Lewis was a former foot soldier and was in the queue to cross the Edmund Pettus Bridge on the infamous ‘Bloody Sunday’. As we crossed the bridge with her, she told us her story, how she had been arrested 3 times and “I have not sat at the back of anything since”. Just a young girl at the time, she has made it her mission to tell her story and empower everyone to see what they achieved. It isn’t about the lynching, the segregation, the name calling or the beatings, it is about the fact they overcame all of it, and are proud to say, ‘I had a part in that’.

Another proud foot soldier was Jake Williams, who has his own tour bus to take tourists around the city. He was 13 when he marched up to the Capitol building in 1965 (this march prompted the Voting Rights Act to be passed, guaranteeing all African American’s the right to vote). His knowledge of his city and the history was untenable, and his positivity radiated the whole time we were in his presence. He took us to Martin Luther King Jr’s former home, where he and his family lived while he was pastor and the Dexter Street Baptist Church. 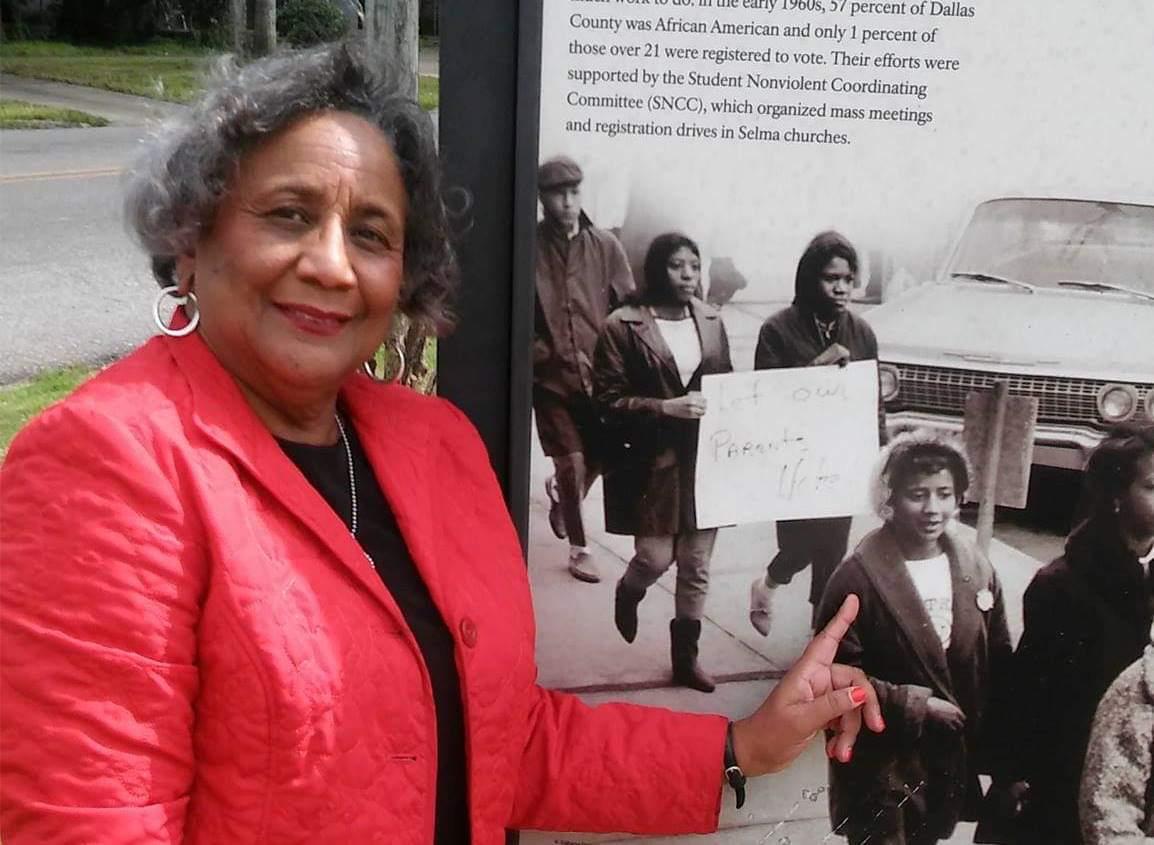 What was becoming clear to me was the importance of churches through the entire movement. These were not only places of worship, but meeting places of those wanting to fight back. It was in these churches that boycotts were planned, marches organised, and hope given in powerful speeches by Martin Luther King Jr, Fred Shuttlesworth, Ralph Abernathy and many more pastors who were also activists. The Dexter Baptist Church is now a memorial to Martin and all other black activists and Wanda, the tour manager at the church, moved us all to tears with a powerful speech about hope and how it is now our job to ensure the story is told to as many people as possible.

The Peace & Justice Memorial in Montgomery was the most powerful and emotional visit of them all. A sobering memorial to lives lost due to lynching in the late 1800’s-1940’s, 4000 names hang on 800 blocks from the ceiling, each block representing a county in South America. Some have one name, some have 40, and even more shockingly, it is estimated 10,000 names are missing as they were not deemed important to record. 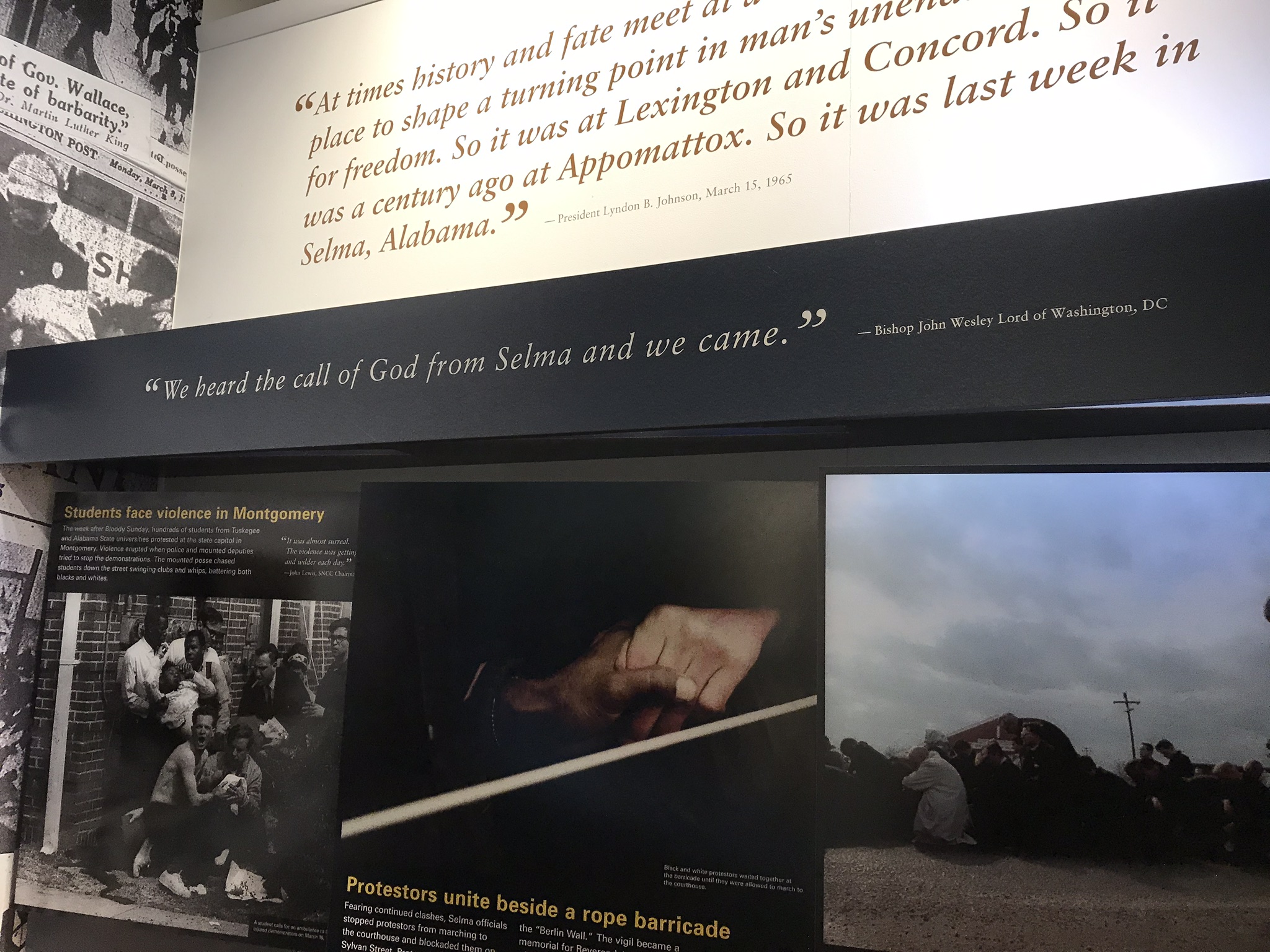 “There is no future without education” – Rosa Parks.

I feel students and adults alike should go to Alabama. Not only to learn about its rich history, but to experience southern hospitality. This is no myth, every single person we met genuinely wanted us there. There is so much to see and do, the food is out of this world, and there are no issues with keeping children busy of an evening! Escape rooms, Top Golf, baseball games (apparently a Montgomery Biscuit’s game is a must!) and live music are just a few things that can be done to rest and clear the mind ready for the next day.

I have come home now with a fire in my belly, it is my mission to get as many schools as we can to meet these people, see these vibrant cities and learn. I can guarantee they will feel emotions they will never forget. The places I have mentioned here are probably 30% of all the things we saw and the remaining 70% were just as memorable, I could write forever about them. I personally feel this trip has changed my whole mindset and made me a better person.

The most important message I want to spread is to be kind to others. Learn about these events, not just the Civil Rights movement, but the Holocaust, Apartheid and all the other events in History where people were persecuted for being a different race, gender or religion. We are a HUMAN race, and we are making the same mistakes decade after decade. Let your students, the next generation be the ones to make change. This isn’t about history; this is about education. And EDUCATION IS POWER. 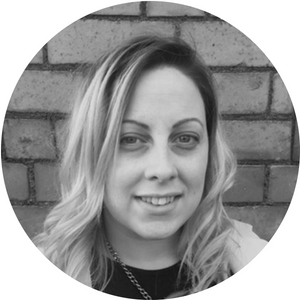 Start planning your own school history trip to Alabama – read more about our itineraries here.

A special thank you to Sweet Home Alabama and British Airways for helping make this trip possible.