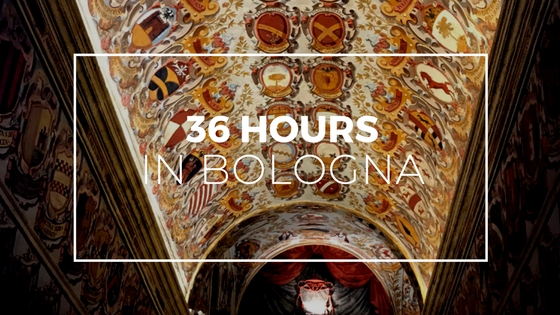 Grace our Head of Product has recently come back from her jam-packed inspection visit to Bologna, the capital of the Emilia-Romagna region in northern Italy.

We are hosting our 2019 Supporters Tour for the Italy v Wales, Six Nations in Bologna, we currently have 20 places left on the tour. If you are interested in joining us on this supporters tour you can contact us here.

What have you got planned for our Italy v Wales, Six Nations tour?

Speaking from experience, Italy offers so much, I didn’t want to limit this to just one City. So we are packing three cities into five days. There will be a mix of culture, food, drink and rugby, and you will travel by plane, train and automobile. This tour captures all there is to love about travel and Italy, as well as our love of rugby!

What is there to do in Bologna?

Bologna is a city of food, music, culture and history. A city guide can take you walking through the Porticoes (covered walkways, heavily adorned with paintings and mosaics) and show you the best sights of the city. The Piazza Maggiore hosts a spectacular church, and whilst the leaning tower of Pisa takes most of the fame, Bologna has it’s own leaning towers. One is actually the tallest in Italy, whilst the other has the biggest degrees of lean. At the base of these towers are the medieval markets and nearby is the Osteria del Sole. This traditional Italian pub ONLY serves wine and beer and locals tend to take packed lunches in with them. Great for people watching and the wine is only 2 euros per glass!

Do you have a favourite part of the tour?

Visiting Fico Eataly World! It is literally a theme park for food, and I had a tour, showing me all of the produce local to Italy, learning the importance of the locality of the different products, and of course tasting what I could! They offer a variety of workshops and wine tastings, which we will ensure our supporters get a chance to try!

What is something that not many people know about Bologna?

Bologna is a traditional university city, with it’s Anatomical Theatre being one of its most revered sights. Here is where studies of the anatomy developed, helping doctors train centuries ago. This, in turn, helps shape where medicine is today.

Any tips or essentials to bring on tour?

Good footwear. I did 40,000 steps in 36 hours, and didn’t even see half of the city! At least it helped burn off some of the calories!

And finally, Bologna is where the recipe for Spaghetti Bolognese originates from. Did you get to try it out? If so what did you think?

How could I not! In Bologna, it is traditionally served ‘alla tagliatelle’ and term ‘spag bol’ isn’t as well loved here as it is in the UK! It was the best bolognese I have ever tasted. I loved it that much, that I have booked the restaurant for the 6 nations tour so everyone can try it!

Take me back to eating Bolognese in Bologna. Best ever 😍@msgtours #italy #tours #worktrip #deliveringtheunexpected #supporterstours   A post shared by Grace Mumford (@gracemumford) on Mar 21, 2018 at 10:13am PDT

We are running low on spac. If you would like to join MSG Tours for this fantastic Supporters Tour you can enquire here.  For more information about the Italy v Wales, Six Nations supporters tour click here.